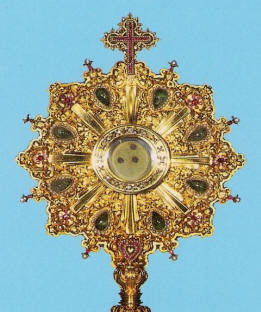 Some have asked for my thoughts on the tragedies of today, and so I share them for what they are worth.

It seems like a line was crossed today that, in our country at least, has never been crossed to date.  Columbine was horrendous and was a paradigm shift for the nation, but given our collective experiences as teenagers growing up, and given the fact that most everyone still carries scars from teenage hazing and bullying in some form or another, I think most people at least could fathom the source of the hatred, the evil, and the revenge that we saw in Columbine.  From Stephen King's "Carrie" to Ralphie in "A Christmas Story", we've grown up knowing that bullying does real harm and pushes people to the breaking point.

But a classroom of little children...it doesn't register on any level, nor should it.

So now the carousel of blame starts spinning - people pointing at things external to fix..."better gun laws", "better mental health care", "better health insurance"...give me a break!  I could care less, one way or the other, on gun control, but anyone who thinks that these types of measures would have prevented today is really hoping to avoid the issue that really matters.

The dignity of the person.

A human person today only has dignity if others will it to be so - a child grasping for breath on the abortionist's table is granted dignity solely based on the wishes of the mother.  The abortionist, and our President, like the emperors in the Colosseum of Rome, wait for the thumb up or down of the mother to decide whether the child lives or dies.

Embryos sit in freezers across the country, parents have their reproductive systems mangled in order to have pleasure without the burden of children, wars are now fought, like video games, through the lenses of drones, we tell third world countries that "children are the problem" and so if you want any of our food to eat, you are going to have to stop having children...

Today, in Connecticut, a big fat mirror was held up to our nation, and a monster from the depths of Hell illustrated and showed us exactly what we don't want to see in ourselves...we hate children, we hate life, and human dignity is on life support in this country.

The Joker in "The Dark Knight" utters a seriously frightening, and seriously prophetic line about us:

"Nobody panics when things go "according to plan." Even if the plan is horrifying! If, tomorrow, I tell the press that, like, a gang banger will get shot, or a truckload of soldiers will be blown up, nobody panics, because it's all "part of the plan". But when I say that one little old mayor will die, well then everyone loses their minds!"

We're accustomed to the plan of 4,000 abortions a day, it has become part of our character as a nation, and it has faded away into being simply "a part of the plan."

The dignity of the children lost today did not come simply from the fact that their parents happened to want them!!  Their dignity came from the fact that God wanted them, and willed them into existence...that is the sole source of human dignity, and we are meant to marvel at the dignity of such miraculous creation, the miraculous nature of it all only amplified by the fact that all of us have been blessed with a role to play in nurturing and bringing into existence the miracles that are human persons!

We have been anti-life and anti-child and anti-human dignity for a long time in this country, and it is time to stand up and say ENOUGH!!!

We must rise up and demand a return to respect for the dignity of the human person!!!!  We must rise up and say that a child is not a choice, a child does not derive his/her dignity from the choice of another human person, a child does not derive his/her dignity based on whether they are born into poverty or not...we must rise up and say every human person has an unassailable dignity, and that dignity is given to each human person by God, with a capital G,...and if we refuse to do that, if we refuse to acknowledge how utterly evil and depraved this nation is becoming, and if we fail to acknowledge how putrid "the plan" has become that we call every day life in America, and we keep blaming guns and health care insurance, then we should never expect a return to sanity.

Please hit your knees for the families and the loved ones left behind in Connecticut and say a lot of prayers for our country.  Today, a new line was crossed; what remains to be seen is whether we will wake up because of it, or if we will continue to bury our heads in the sand and act like we don't know what is going on. 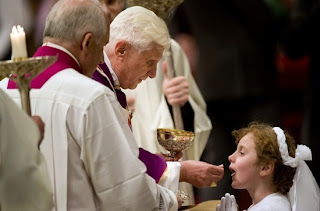 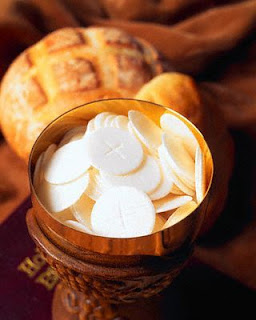 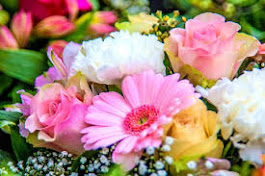